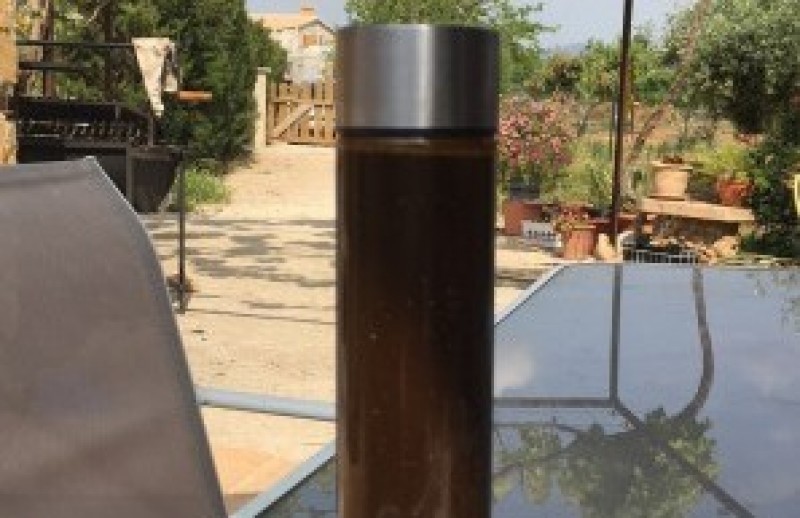 HISTORY OF SHOYU IN JAPAN

Hishio (Jiang), Tamari, and Other Forerunners of Shoyu . The earliest known ancestor of shoyu in Japan was hishio (a word derived from the Japanese pronunciation of the Chinese character for jiang), and particularly the type called kokubishio (grain hishio), then made primarily with soybeans and salt, with little or no wheat. This early hishio, dark brown in color, had a consistency like the moromi (mash) from which today's shoyu is pressed; it was semisolid, resembling applesauce or porridge. The first mention of hishio (probably soybean hishio) is found in the Daihinrei of emperor Monmu written in 701; it stated that the regulations of the Hishio Bureau ( Hishio-tsukasa ) had been established. More detailed mention of hishio was given in the Todaiji Shosoin Monjo (AD 730-48). The introduction and use of this and other soy-based seasonings was probably the result of the introduction of Buddhism to Japan in about AD 552, and the consequent change to a vegetarian diet (but with fish), especially following an edict in about the seventh century in which the emperor forbade the consumption of the meat of four-legged animals. The Japanese adhered faithfully to their meatless diet for the next 1,100 years, and the new seasoning from soybeans gradually--rapidly after the 1600s--took the place of the salted, fermented fish sauces (such as shottsuru ) and meat sauces that had been used previously.

The first vague reference to the possible extraction of a liquid from hishio appeared in 771 (Hoki 2) in the ?? Hosha Issaikyo Shokoku ?? kai, written in the Chinese grammatical form, which said "Take 4 to and 2 sho (20 gallons) of hishio. Use it with 5 to (23.8 gallons) soybean hishio to extract a liquid." The meaning of the passage is not very clear and the name of the liquid is not given.

Hishio was the ancestor of both shoyu and miso; in a sense the semisolid hishio was transformed by the Japanese into a paste (miso) and a liquid (shoyu). More precisely, however, miso evolved from hishio, then tamari evolved from miso, and shoyu evolved from tamari. Miso emerged as a food and seasoning in its own right during the period from AD 800-900 and the present word for miso first appeared in a document of 901.

The origins of modern shoyu can perhaps be traced a little more clearly to the mid-1200s (the date 1254 is often used) and the introduction of Kinzanji miso (Ichiyama 1968 calls it Kinzanji soy nuggets or kuki ) to Japan. According to one theory based on popular oral tradition (recorded in the Yuasa Shoyu Enkaku Taiyo , trans/auth/date?? but with no citations from primary sources), the Japanese Zen priest Kakushin went to China to Kinzanji, the Temple of the Golden Mountain, one of China's five great Sung dynasty Zen centers. There he learned how to make a type of miso called Kinzanji miso, which was probably relatively sweet and chunky. Establishing himself at Kokoku-ji temple near the town of Yuasa (in today's Wakayama prefecture just south of Osaka), he began to teach the local people both Buddhist meditation and the method for preparing his miso specialty. He is said to have discovered that the liquid which settled to the bottom of the miso kegs made an excellent cooking liquid and seasoning, so he decided to alter the basic formula slightly by increasing the amount of water used. After the regular fermentation period, the excess liquid was run out through a bung hole or ladled off and briefly heated to stop fermentation, while the remaining Kinzanji miso--or a close facsimile thereof--was used as it always had been, deprived, however, of a portion of its rich flavor, which now graced the savory seasoning liquid. It is not clear whether the early Kinzanji miso, like the basis for Chinese soy sauce, consisted primarily of soybeans and salt with little grains, or whether it resembled today's Kinzanji miso and contained a large portion of grain koji (Ando et al. 1954; Ando 1971).

Kakushin, also known posthumously as Hoto Kokushi, was a famous legendary character, similar to Kobo Daishi before him. In the Yuasa area his name was commonly written on wooden placards, which people worshipped in temples and at home altars. Since there is no firm evidence linking him to the origins of shoyu, it is possible that later generations attached his name and work to shoyu to give the latter prestige and early origin. There is no doubt that Yuasa was one of the earliest centers of shoyu in Japan, but it may have been just one of several and there is no solid proof that it was the earliest.

It is not known what the liquid seasoning from Kakushin's miso was called. By the late 1300s it came to be called tamari , deriving its name from the Japanese verb tamaru , meaning "to accumulate," as "water accumulates in ponds." Nothing is known about early written appearances of the word tamari , but from the late 1300s until the 1570s, it was generally written like its Chinese counterpart ( ??) douyou , with dou meaning "soybeans" and you meaning "a liquid extracted by filtering or pressing." After the 1570s it gradually came to be written with the character now most widely used ( ??), also pronounced tamari . Since this term is rarely seen in the literature of this period, the product was probably not yet widely used.

It is said that by 1260 this "tamari" was being produced for home consumption in the towns of Yuasa and Hiromura, both near Kakushin's temple and both blessed with a favorable climate and bountiful supply of unusually good water. By the year 1290 the first Yuasa tamari was said to have been sold commercially, and soon even poets began to sing the praises of this new delicacy, calling it murasaki ("deep purple"), a synonym used even today for the finest shoyu. Ref??

Smell the aroma from the depths of the brewing keg! Waves of fragrance, deep purple, tamari;

Its origins reaching back to the Antei period,

Its brewing lineage inherited from the great teacher Tamari from Yuasa is the first in the emperor's kingdom. Its aroma is of the finest quality.

Its flavor most excellent,

Its fame, the noblest and purest flower of Arita.

(Note: Arita is the early name of the Yuasa region.)

During the Muromachi period (1328-1573) much research was done on hishio, miso, and tamari, both on the types and relative quantities of the raw materials and on the fermentation process; new and improved products were gradually developed. Moreover, three basic methods were developed for producing tamari-type seasoning liquids: (1) making miso with a slightly high water content, then filtering or ladling off excess liquid that collected, to get miso-damari ("damari" is an alternative?? pronunciation of "tamari"); (2) putting this soft miso in a cloth sack and pressing it; and (3) mixing and often cooking miso with about three times its volume of water, then extracting the liquid by pressing in a sack. In each case, the remaining miso was also used as a seasoning.

From the late 700s until about 1450, all tamari had been extracted by filtering or ladling off excess seasoning liquid; the idea of pressing miso or hishio to obtain more tamari (a process which might be compared to extracting apple juice from applesauce), apparently never occurred to people since the lack of efficient pressing equipment would have made it necessary to discard large amounts of the basic food and its nutrients, and the whole foods were considered delicacies in their own right. But during the Muromachi period, an era noted for its affluence, extraction by pressing finally came to be practiced. As better pressing equipment was developed, the waste was reduced and was felt to be compensated for by the versatility of the liquid extract. The development of this process marked an important step in the evolution of today's shoyu, and fermented seasoning liquids came to be much more widely used in daily Japanese cookery.

In about 1384 the Shijo Ryori-sho (a cookbook of the Shijo cooking school) mentioned tamari-like seasonings called tare miso and usu tare . Tare is a thick, slightly sweet, soy-sauce-based liquid?? In 1444 a liquid seasoning called hishio no tare started to be used with sashimi, the now famous raw fish dish. In about 1487 the Hocho Kikigaki gave many recipes using tare miso and explained that it was made by cooks by mixing 1 volume of miso (1.8 liters) with 3.5 volumes of water, simmering the mixture down to 5.4 liters, putting it in a cloth sack and squeezing out the liquid, tare miso . A related liquid seasoning, usu tare, was made by mixing 1 volume of miso with 3 volumes of water, grinding them in a mortar, putting it in a sack, and letting the liquid drip out. In 1489 tare miso and usu tare were also mentioned in the famous cookbook Shijoryu Hochogaki. Tr??

The term miso-damari , referring to the rich liquid tamari that settles atop miso during fermentation, seems to have originated during the 1500s, although the product itself may have been used by miso makers long before this time. It was collected by making a hollow in the upper surface of a keg of fully-matured miso, pressing a deep bamboo colander into the hollow, and ladling out the liquid that accumulated in it.

Documents show that miso-damari was prepared by the monks living in the five major temples of Kyoto. The best-known cooking schools of the period are said to have learned how to make it from these temple craftsmen, and thanks to them, to have incorporated the seasoning into their cuisine.

Up until the 1400s, the term tamari had been used to refer to the liquid extracted from either soybean hishio or from soft-textured Kinzanji miso. The latter product eventually came to be known as tamari-shoyu, leaving "tamari" to refer specifically to liquid seasonings made entirely (or almost entirely) from soybeans. The first farmhouse tamari evolved from the process of preparing soybean miso from miso-dama . Additional water was added to form a thick mash ( moromi ), which was then placed in an open-top keg having a spigot at the bottom connected to a large horizontal bamboo pipe perforated with many small holes. A bamboo colander was pressed into the moromi's surface and the liquid that collected in it was ladled daily over the mash to prevent mold formation. After one year, the liquid in the colander was ladled out and the remainder collected from the spigot. This tamari had a thick consistency, a deep chocolate-brown color, and a very distinctive flavor and aroma. It was higher in protein and contained less natural sugars than most miso-damari or than today's shoyu since it was made exclusively from soybeans. The product remaining in the keg was called tamari miso .

In the fiefdoms of Hida and Shiga, where Japan's first farmhouse miso was prepared, tamari was developed as early as the mid-1400s. Starting in about 1610, it experienced a sudden growth in popularity throughout Japan when the retired ruler Tokugawa Ieyasu built a castle at Okazaki near Nagoya and provided the laborers with a generous portion of the tamari whose flavor he loved so dearly. Soon commercial shops had adapted the farmhouse process to large-scale production. To this day, the area of central Japan around Nagoya remains the center of production for this distinctive fermented seasoning, which is now also referred to as nama-damari (fresh tamari) or uwahiki ; the most widely available commercial product is a sweetened mixture called sashimi-damari .

In today's miso shops, the small amount of miso-damari that collects on the surface or settles to the bottom of the vats is never sold commercially. Generally, it is mixed back into the miso to enhance the latter's flavor, but occasionally a small quantity is reserved by the craftsman for personal use. Its flavor is highly prized. 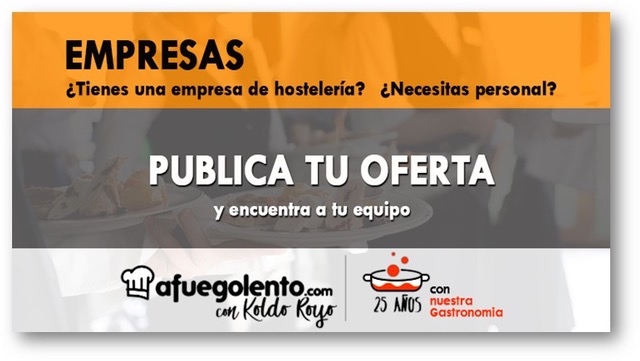 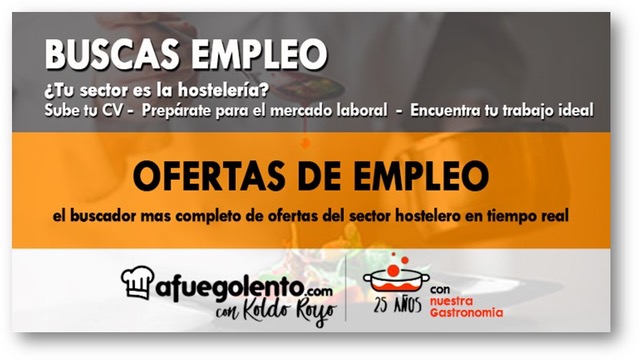 Cocina Hermanos Torres is accoladed with two stars by Guide Michelin, a maximum three Repsol Suns by the most important Spanish dining guide and a green Michelin star for their sustainable efforts. 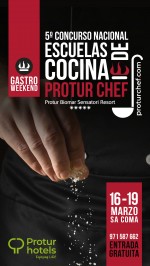 1   Ya tenemos a nuestros 18 participantes 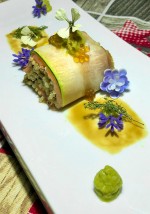 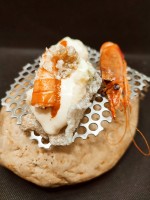